Design, upgrade and characterization of the silicon photomultiplier front-end for the AMIGA detector at the Pierre Auger Observatory

In a recent publication, the Pierre Auger Collaboration has presented the design and performance tests of the new front-end with silicon photomultiplier (SiPM) for the AMIGA detectors.

This new design is destined to be used in the production phase of the AMIGA project. Compared to our previous prototype with MPPMT (Multi-Pixel Photomultiplier Tubes), the new electronics shows a higher performance, higher efficiency and lower power consumption.

AMIGA (Auger Muons and Infill for the Ground Array) is an upgrade of the Pierre Auger Observatory to complement the study of ultra-high-energy cosmic rays (UHECR) by measuring the muon content of extensive air showers (EAS). The SiPM sensor measure the amount of scintillation light generated by charged particles of the EAS traversing the AMIGA modules. This light collected by the SiPM is processed by two different acquisition systems working in complementary measuring ranges, increasing the total dynamic range compared to the previous design with MPPMT. Figure 1 shows the dynamic ranges of these two systems.

Figure 1: A greatly extended particle density range is achieved by overlapping operating ranges of the binary channels and the LG and HG channels.

The first system called "Binary Channels" consists of "counting" each muon that impinges on the detector module. This muon "counting" is achieved using signal conditioning stages and a final analogue-to-digital conversion stage. The analogue pulses of the SiPM are converted into digital pulses in order to be acquired by the back-end or digital control stage of the detector electronics. This readout is realized by the CITIROC (Cherenkov Imaging Telescope Integrated Read Out Chip). This integrated circuit is an ASIC (Application Specific Integrated Circuit) specially designed for this type of application.
The second and new system is based on the measurement of the total charge signal that the muonic component of the EAS generates in the detector. This system is implemented in two independent channels of different resolution: a high gain channel (HG) and a low gain channel (LG). The operating ranges of the HG and LG start at the same low particle density value as the binary channels, but reach higher values than these. Simultaneously, the LG channel saturates for higher signal charges than the HG channel, allowing to measure up to very high particle densities (closer to the shower core). Figure 2 shows the linearity curve of both channels measured in the laboratory. As the "Binary Channels" saturate when all 64 SiPM pixels have simultaneous signals (simultaneous mouns), one can appreciate in these plots the increase of the dynamic range of particle detection with this new acquisition system.

Figure 2: Linearity curves for HG (a) and LG (b) channels together with the identity function  y = x   as a reference. 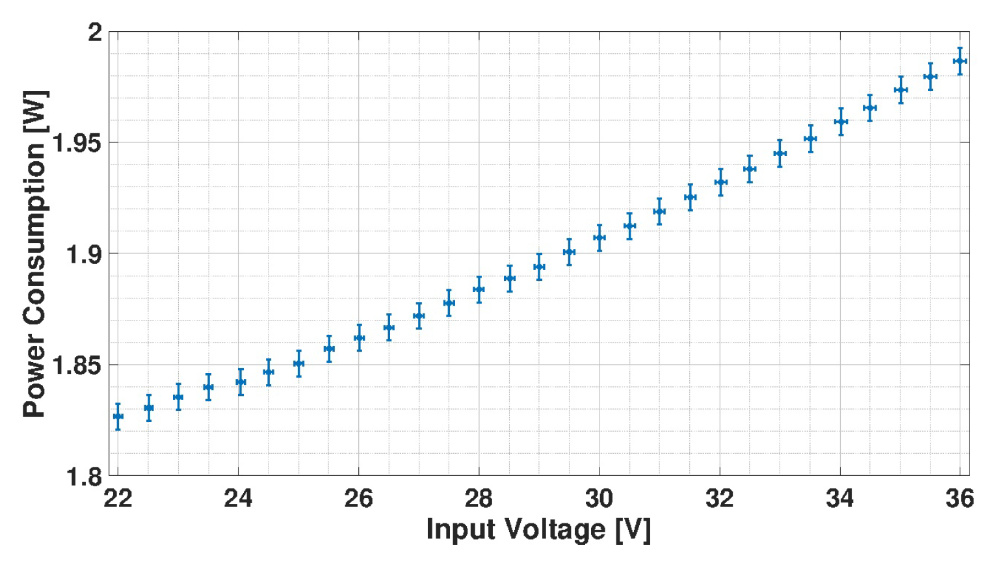