with respect to the LI case. The model we fit to the data does not describe satisfactorily the measured energy spectrum and Xmax distributions, thus limiting the interpretation of the minimum deviance as an imprint of LIV in the data. 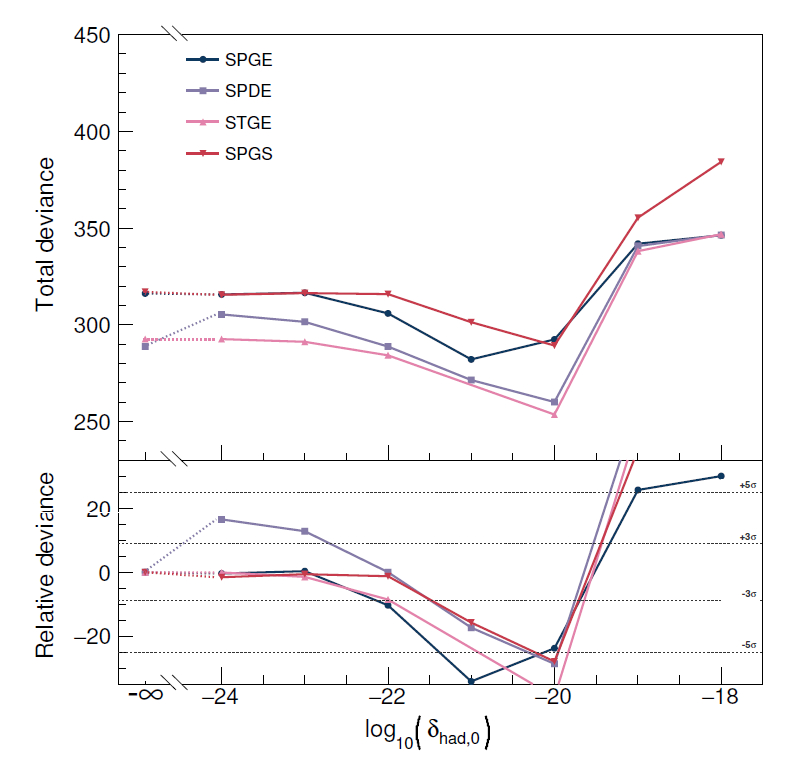 Figure 1: Evolution of the total and relative deviance with respect to the LIV coefficient, δhad,0. Each line represents a propagation model. The top panel show the total deviance, while the bottom panel shows the difference in the deviation relative to the LI case. The model we fit to the data does not describe satisfactorily the measured energy spectrum and Xmax distributions, thus limiting the interpretation of the minimum deviance as an imprint of LIV in the data as discussed in Section 7. 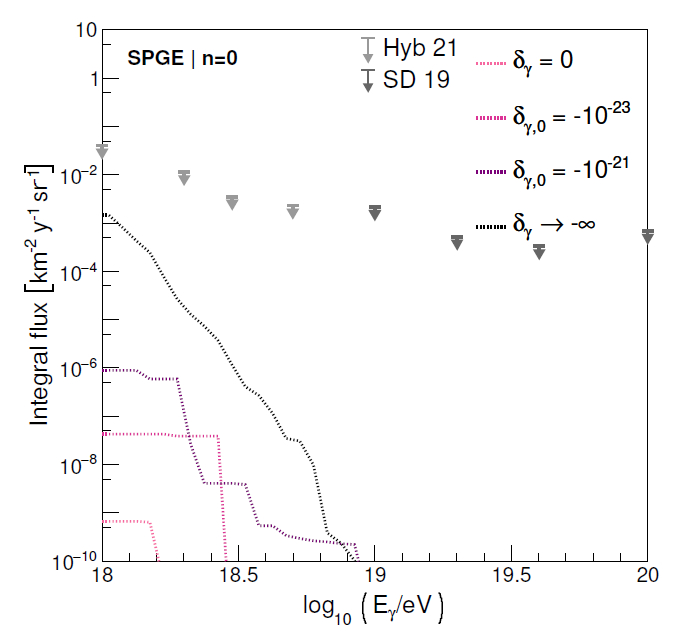 Figure 2: Simulated integral flux of GZK photons as a function of the energy for the SPGE propagation model. The arrows show the upper limits on the flux imposed by the Pierre Auger Observatory.

January 2022 – According to the modern physics description of nature, Lorentz invariance (LI) is a fundamental symmetry. Several tests of LI have been performed and no evidence for symmetry breaking has been found. Nevertheless, the possibility of some level of Lorentz invariance violation (LIV) at very-high energies has been proposed in the context of theories beyond the Standard Model, quantum gravity and string theory.

Ultra-high energy cosmic rays (UHECR, E > 1018 eV) are thus expected to be a sensitive probe of possible LIV. Being the highest energy particles ever detected and dominantly coming from extra-galactic sources at energies E ≳ 1019 eV, they represent a unique opportunity  to test LIV beyond the energies available in man-made accelerators. UHE messengers interact with the background photon fields and the particles reaching Earth keep information about the main features of the interactions. Relativistic kinematics is changed under LIV assumptions and, therefore, the data measured on Earth might contain imprints of LIV.

In this work, we search for LIV signatures in the data collected at the Pierre Auger Observatory, while adopting realistic scenarios for UHECR characteristics. Two independent LIV sectors are tested. The pair production of UHE photons is simulated in the extragalactic space under LIV hypotheses and the flux of secondary photons is calculated accordingly. With that, our upper limits on the UHE photon flux are used to test LIV in the electromagnetic sector. Independently, the measured energy spectrum and distributions of depth of shower maximum, Xmax, are used together, for the first time, to set limits in the hadronic sector. Table 1 shows the results for the hadronic sector while. The model we fit to the data does not describe satisfactorily the measured energy spectrum and Xmax distributions.

This can be seen by the large total deviance shown in Figure 1 with values around 300 for 110 data points and 9 free parameters leading to a reduced deviance of about 300/101, thus limiting the interpretation of the minimum deviance between δhad,0 = 10-22 and δhad,0 = 10-20 (see Figure 1) as an imprint of LIV in the data. The results of the fit showed that the data can be better described by a model with fewer interactions during propagation, but the range of possible UHECR scenarios was not explored as completely as it would be needed for a claim that the data is better described by LIV instead of LI.

Figure 2 shows the search in the electromagnetic sector. For an alternative scenario with subdominant proton component, limits of δγ,0 > -10-21, δγ,1 > -10-40 eV-1 and δγ,2 > -10-58 eV-2 are imposed. The limits for such an alternative scenario are several orders of magnitude more constraining than the current most-restrictive limits imposed for subluminal LIV using TeV gamma-ray data.