First measurement of the fluctuations in the number of muons in air showers at ultra-high energies. 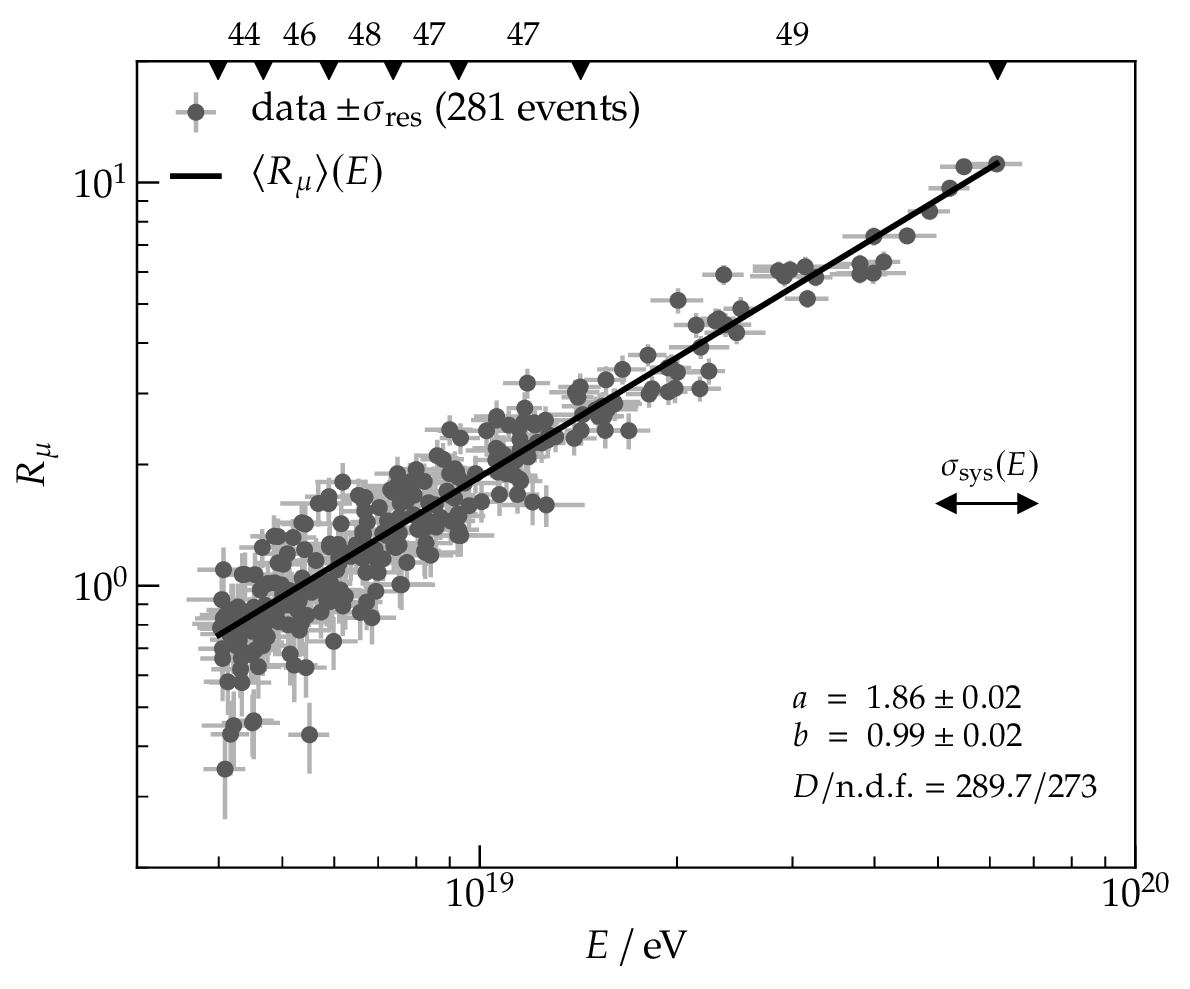 The new measurement was carried out using so-called golden hybrid events that were collected in the 14 years since 2004. Golden hybrid events are air shower events that are simultaneously detected by the fluorescence detector and the surface detector of the Pierre Auger Observatory and for which, in addition, the quality of the detection in each sub-detector is good enough to successfully reconstruct the energy of the shower.

By selecting the subsample of events with zenith angle larger than 60 degrees (inclined air showers), the measurement with the surface detector can be interpreted as a measurement of the muons in the air showers. Electrons and photons, which usually make up a significant fraction of the signals at the surface, in the case of inclined showers are absorbed in the atmosphere. The number of muons that arrive at the ground for a given air shower is closesly related to the primary energy, i.e. N_mu = a E^b, but using the second, independent measurement of the energy from the fluorescence detector, muon content and primary energy can be separated (see figure 1). 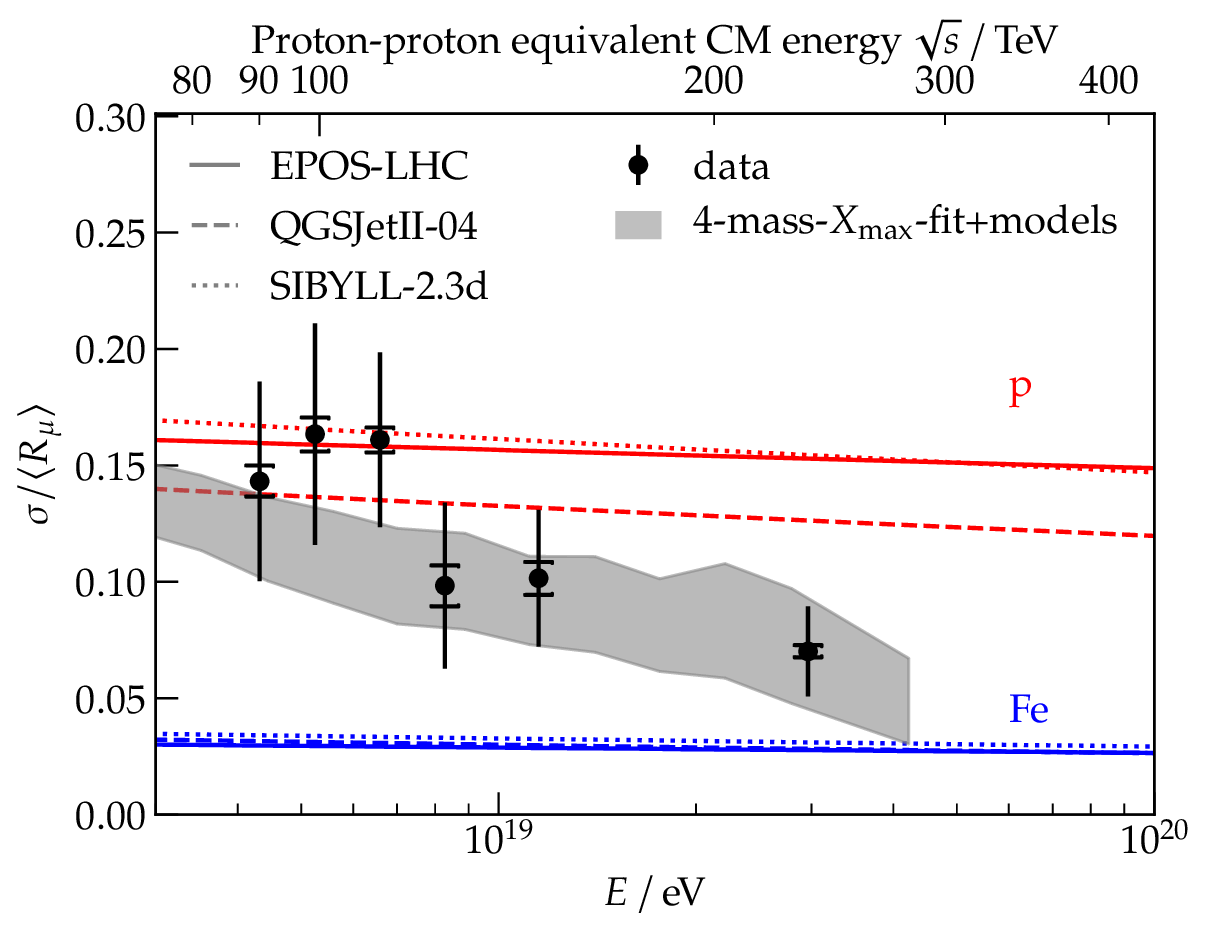 Figure 2: Relative fluctuations in the number of muons. 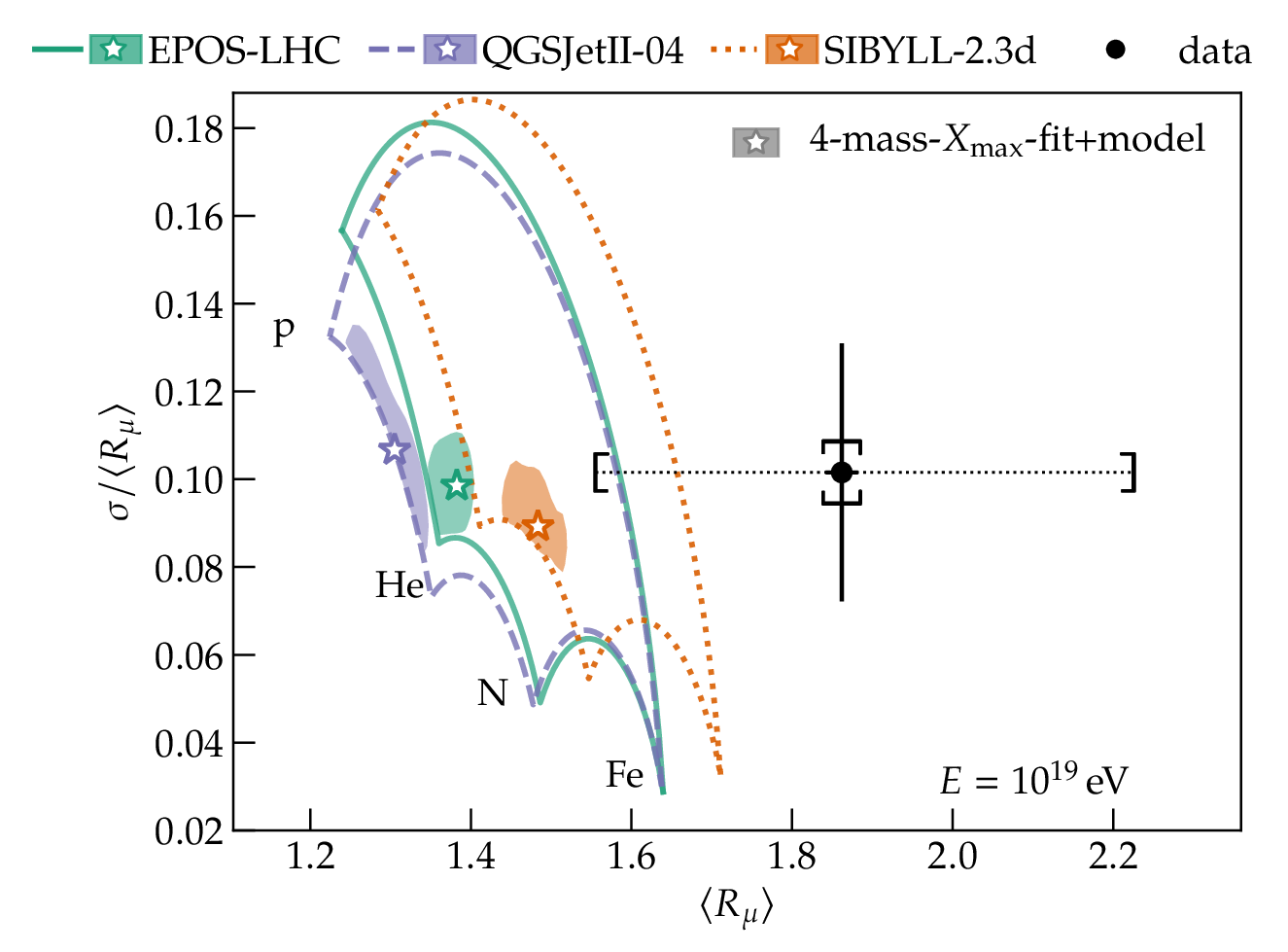 Figure 3: Relative fluctuations vs. average number of muons at 10^19 eV.

The finding that fluctuations are consistent with model predictions, while the average is not, means that the necessary increase in the average number of muons in the simulations may be due to a small effect accumulating over many generations or a very particular modification of the first interaction that changes N_mu without changing the fluctuations.