A new method for the estimation of the "invisible" energy

This data-based method Improves the accuracy on the determination of the energy of cosmic rays with the Pierre Auger Observatory by 5%.

The determination of the energy of the cosmic rays detected with the fluorescence detectors of the Pierre Auger Observatory requires an estimation of the energy carried away by particles that do not produce fluorescence, the so called "invisible" energy. This estimation was typically made using simulations and thus depended on model asumptions, introducing sytematic uncertainties on the determination of the cosmic ray energies. We have developed a new method that allows the estimation of the invisible energy directly from the measurements of the muon number at ground level performed with the water cherenkov detectors, reducing significantly the uncertainties related to the mass composition and the high energy hadronic interaction models in use. This results in an important improvement on the estimation of the energy scale of the Observatory, and another example of the benefits that come from mixing different detection techniques.

One important feature of the invisible energy is proportional to the number of muons Nμ reaching ground level in a way that is aproximately independent of the primary mass and the details of the hadronic models. This means that measuring the number of muons at ground level, or some other parameter proportional to it, we can estimate the invisible energy. 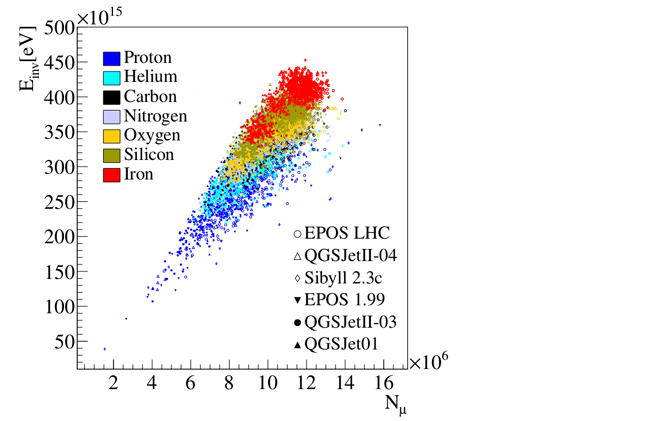 Fig.1: Correlation between the invisible energy and the number of muons reaching
ground level for primaries of different masses all with energy of 3 x 1018 eV.

This was done using two different parameters proportional to the number of muons, one best suited to very inclined showers and the other for more vertical ones.

Fig.2: Invisible energy fraction from the hybrid data as a function of the calorimetric energy.

The two estimations agree at a level well within the systematic uncertainties that are estimated to be of the order of 10% - 15%, and is also consistent with the evolution of the mass composition with energy measured by the Pierre Auger Observatory. The values of Einv found are considerably higher than the predictions given by Monte Carlo simulations, which implies that previous methods were underestimating the cosmic rays energy by 4 to 6 %. The invisible energy parameterisation as a function of Ecal obtained using the Pierre Auger data could also be usefull to other experiments employing the fluorescence technique.