AugerPrime featured in the June 2016 issue of the CERN Courier

The planned upgrade of the Pierre Auger Observatory, AugerPrime, is featured as the cover story in the June 2016 issue of the CERN Courier,  an international journal of high-energy physics whose readership spans the globe. 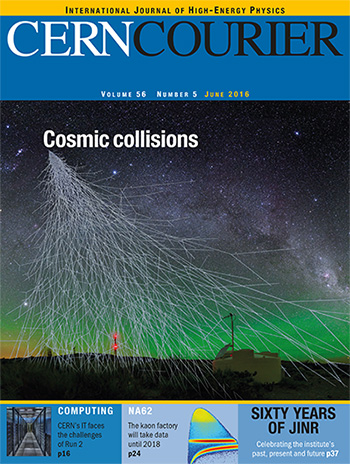 The article, titled “AugerPrime looks to the highest energies”, explains the scientific motivation for the detector upgrades and presents some of the improvements foreseen to enhance the experiment’s performance. AugerPrime is expected to be completed in 2018 with little interruption to current data-taking operations.

The online version of the CERN Courier article can be viewed at the link http://cerncourier.com/cws/article/cern/65035.