How it all began

In 2006 Alan Watson wrote an article describing the birth of the Pierre Auger Project. 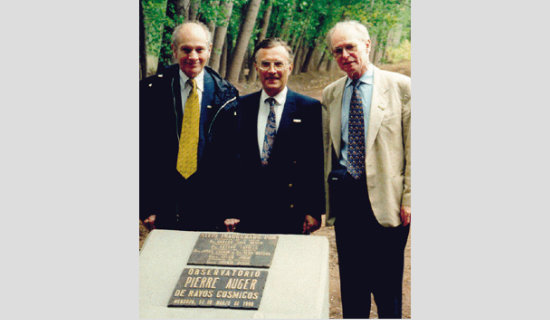 This article with the title "Development of the Pierre Auger Observatory" is based on an oral presentation Alan Watson made at a meeting in Chicago to honour Jim Cronin on his 75th birthday in September 2006. It gives you insight in the very beginning of the project, which started in August 1991 at the Dublin ICRC, when Jim Cronin and Alan Watson first started talking about building a giant array.

It may be of particular interest to the younger members of the Collaboration who are not so much familiar of how it all began.

Development of the Pierre Auger Observatory
by Alan Watson